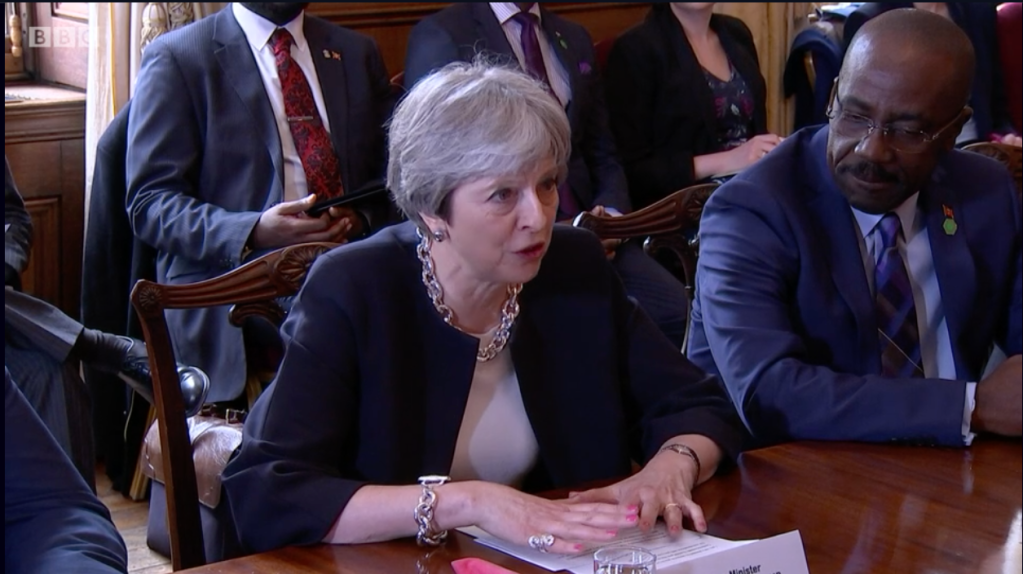 Look at the case of Junior Green movingly described on Newsnight (17 April 2018).This is the story of a man who came to the UK in 1958 and has lived here ever since . 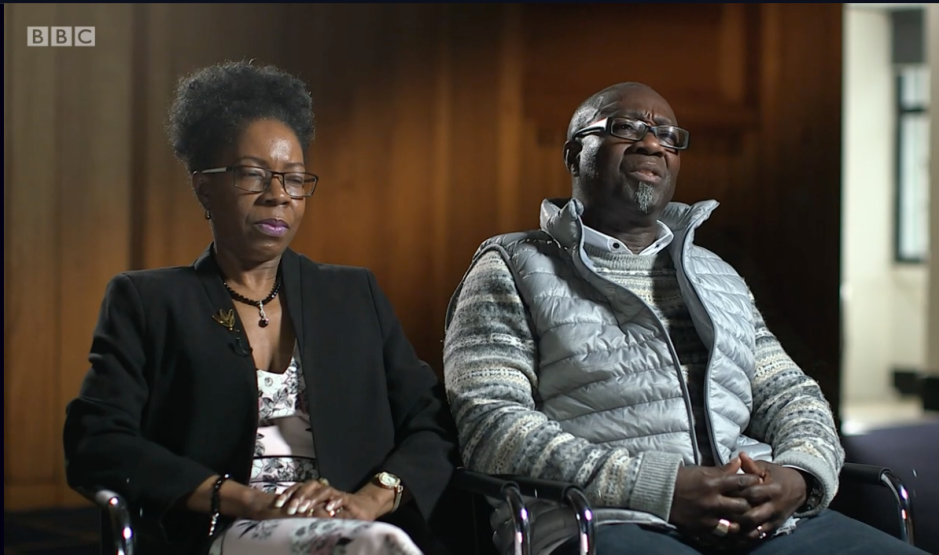 Junior Green went to visit his dying mother in Jamaica. After her death the family arranged the return of the body to the UK for burial. He was denied access to his return flight. He had to wait for months in Jamaica to be granted a return visa. He missed his mother’s funeral.

From his account  on Newsnight his life has been derailed.
This is Mrs May’s ‘Hostile Environment’ policy  in action .
She has apologised for ‘any’ distress .Why not THE ! The distress isn’t in doubt .
Actions have consequences . The consequences of badly formed and poorly implemented policy are being revealed but there is nothing here that could not have been foreseen .
Britain has long prided itself on not requiring Identity Cards which is the European model . It is regarded as a distinctive difference . Traditionally entitlement has been assumed rather than proof required . Progressively and relatively stealthily that has been changing – most notably through the introduction of the ‘Hostile Environment’ policy . The passport has become a de facto identity card ,  certainly if your status is called into question .
This is a fundamental shift and one that inevitably has had consequences for those who have not applied for passports but are required to produce proof of their right to remain in the country in which they have lived most of their lives . So how many people in the U.K. do not have a passport ?

The Office for National Statistics has part of the answer. They state, in an analysis of results from the 2011 census for England and Wales, not including Northern Ireland and Scotland.

9.5 million . Self evidently that is not a small number . You might reasonably think that would have given  the architect of the  ‘Hostile Environment’ policy pause for thought . 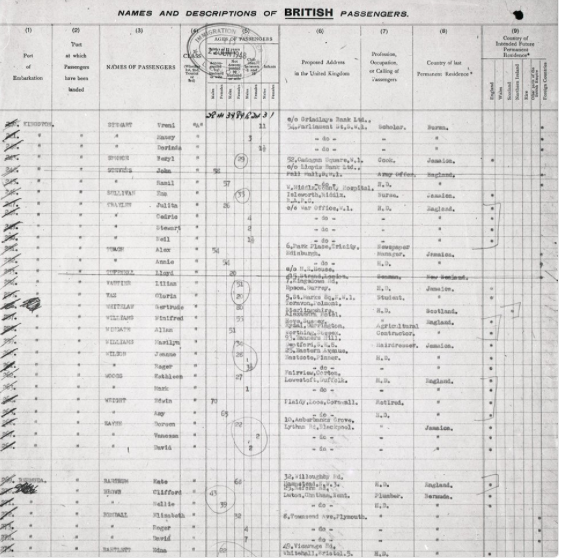 Looking at this you can see the useful information it provides . Data protection has been trotted out as a reason for its destruction – the justification of last resort of the desperate politician / bureaucrat . 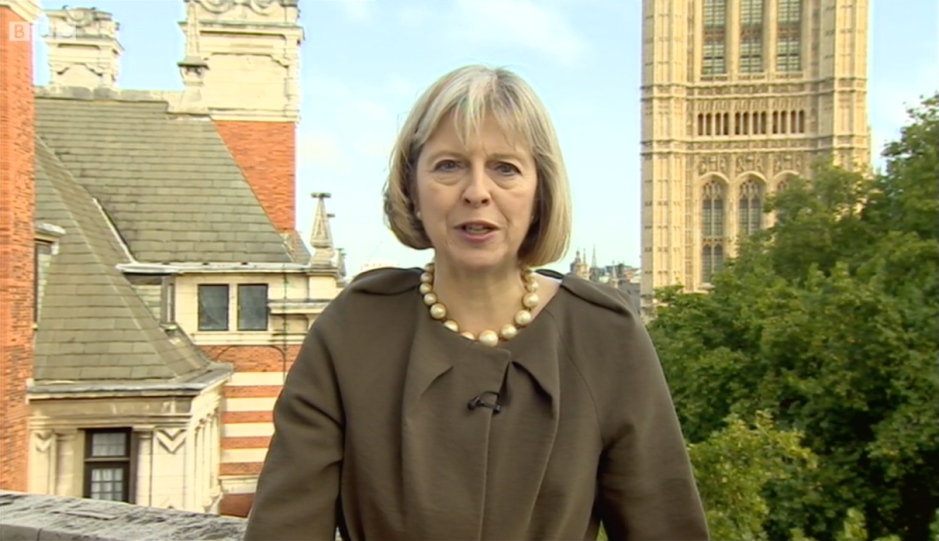 In 2014 Mrs May was interviewed enumerating the consequences of the ‘Hostile Environment’ policy  including making it harder to get driving licences and to open bank accounts .

Polly Mackenzie  ( Nick Clegg’s adviser at the time ) has tweeted that the ‘hostile environment’ work started in earnest in December 2012 : 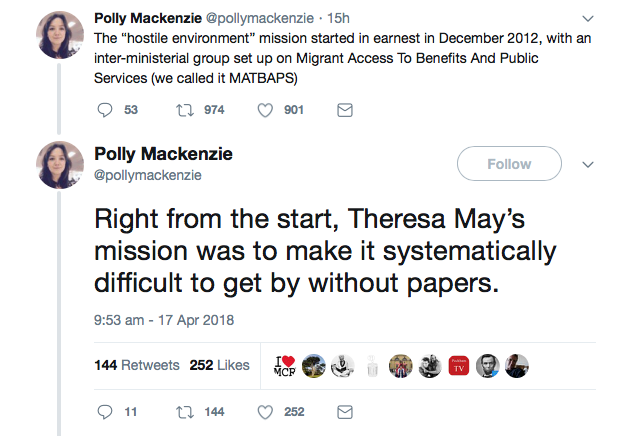 The objectives and consequences of the ‘Hostile Environment’ policy were evident from the start but of course fixation on a target (less then 100,000 net migration) pursued with steadfast determination(a quality frequently attributed to Mrs May) does not create a climate were officials feel encouraged to labour inconvenient facts . Of course it is supine not to point out the inevitable consequences of Politicians’ policies but, even if that were to have been the case , and it may have been ,  it does not absolve the Politician in question from responsibility for failing to consider the consequences of their policy .

‘I want to dispel any impression that my government is in some sense clamping down on Commonwealth citizens , particularly those from the Caribbean .’

What a difference a day makes . In less than 24 hours Mrs May has moved from refusing a meeting (allegedly an action taken by officials) to an apology . That is to be welcomed .

It was received with dignity by the Caribbean Heads of Government .The facts of the impact of the ‘Hostile Environment ‘ policy have been known to them for two years .They have been making representations with limited effect until yesterday .

However a close examination of Mrs May’s words raises further worries .The Caribbean countries’ representations  can hardly be fairly represented as springing from  ‘an impression’ of a ‘clampdown ‘ .

The phrase subtly shifts the responsibility away from the person promoting the ‘clamp down ‘ – Mrs May –  to those who formed the  ‘impression’ of a ‘clamp down ‘ . The implication is gently raised that  there may not have been grounds to form such an ‘impression’.

A ‘Hostile Environment ‘ policy designed to make it more difficult to get a driving licence or open a bank account , features of the policy proclaimed by Mrs.May ,  demonstrate a ‘clamp down’ was underway  – a conclusion based on evidence ; not an ‘impression’.

Nor can she reasonably claim she never meant any of this to happen to those of the Windrush Generation . She explicitly created a system designed to make life oppressively difficult for those without papers .

Here is my second worry . It was breathtaking to watch the apparent sincerity with which she delivered her words .

Of course this could be dismissed as a cynical political performance .

But listening to her words for the first time and looking at her expression I felt she meant it . Often her delivery is wooden . On this occasion it wasn’t .

In a way this is more worrying .

It means the Prime Minister , famous for being slow and deliberate in her formation of policy, is not actually capable of thinking through and recognising the consequences of her own policies.

This isn’t exactly a revelation .

We have the Brexit negotiations including the magical thinking about the Irish Border as a substantial body of evidence for her lack of capability .

But yesterday shows that it is even worse than we previously realised . God Help Us ! 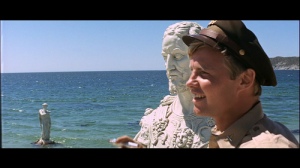